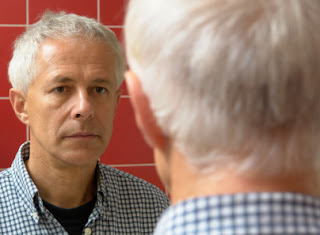 Compared with older people with no signs of Alzheimer's, those whose brains show early signs of the disease are twice as likely to experience a fall, researchers have found.
In the new study, investigators looked at brain scans of 125 older adults who were participating in a study of memory and aging. The seniors were also asked to keep track of how many times they fell over the course of eight months.
An increased risk of falls was noted among individuals whose scans showed early signs of Alzheimer's. The study authors suggested that falls could indicate the need for an evaluation for the memory-robbing disease.
"To our knowledge, this is the first study to identify a risk of increased falls related to a diagnosis of preclinical Alzheimer's disease," study author Susan Stark, an assistant professor of occupational therapy and neurology at Washington University in St. Louis, said in a news release from the Alzheimer's Association International Conference.
"This finding is consistent with previous studies of mobility problems among persons with very early symptomatic Alzheimer's or mild cognitive impairment. It suggests that higher rates of falls can occur very early in the disease process," Stark added.
The study, which was slated for presentation Sunday at the Alzheimer's Association International Conference in Paris, found that of the 125 adults studied, 48 people experienced at least one fall.
The brain scans of the participants showed that higher levels of an imaging agent that binds to the abnormal protein growth that is a signature of Alzheimer's disease, was associated with a 2.7 times higher risk of a fall for each unit of increase on the scan.
The researchers noted that Alzheimer's has been linked to balance and gait disorders, as well as problems with visual and spatial perception, which could put people with the disease at higher risk for falls. Based on their findings, they added, these symptoms may appear before other more obvious signs of the disease, such as memory loss and impaired thinking.
"Growing scientific evidence suggests that 'silent' biological changes may be occurring in the brain a decade or more before we can see the outward symptoms of Alzheimer's," Maria Carrillo, Alzheimer's Association senior director of medical and scientific relations, said in the news release. "According to this study, a fall by an older adult who otherwise has a low risk of falling may signal a need for diagnostic evaluation for Alzheimer's."
The study authors concluded that additional research is needed to improve early detection and intervention in Alzheimer's disease. Lowering the risk of falls, they added, could also have an economic impact since these incidents contribute to higher rates of disability among older adults, premature placements in nursing homes and more than $19 billion in direct medical costs in 2000 alone.