Dementia in general, and Alzheimer's disease in particular, count among the most frightening prospects of our senescence. My patients routinely convey this worry to me. I'm right there with them. And most of us know—first hand, through our social networks, or via media portrayals—how devastating it is for patient and family alike to deal with a condition that leaves intact the appearance of health, while destroying its inner essence.

And so most people are eager to know what they can do prevent dementia. There is abiding interest in brain-specific "superfoods," cognition-enhancing supplements, and pharmacotherapeutic advances. There is as well a booming market in mental calisthenics, from crossword puzzles to Sudoku, which purportedly keep the brain in fighting trim.
There certainly is some evidence to support a "use it or lose it" approach to brain health. A lifetime of cognitive activity, which I suppose in the vernacular would be "thinking," is associated with a lower risk of developing dementia. It is less clear that any specific approach is protective, or that mental gymnastics provide much defense once cognitive decline has begun. Much of this thinking about thinking remains wishful, and a work in progress.
But there are three areas where our knowledge about how best to mind our brains, and protect them, is quite well established.
1. The ankle bone is connected to the shin bone.
This expression we all know was never really just about our legs—it was about holism. Our bodies are healthy, or they are not; the status of any part affects the whole. The brain is a vital organ, vitally dependent on the health of the whole. A healthy brain requires a healthy vascular system, to deliver an appropriate blood supply. It requires healthy kidneys and a healthy liver to ensure that blood is free of toxins. It requires a strong heart to pump that blood under suitable pressure. And so on.
The notion that there are super foods or super supplements specific to the health of the brain is thus more about marketing than science. What is good for health overall is good for the health of the brain. And conversely, what is harmful to the body is harmful to the mind.
2. Mind the heart, mind the brain.
While there are aspects to Alzheimer's disease that are unique, overwhelmingly it and other common dementia's appear to be variants of cardiovascular disease. There may be genes that predispose someone to Alzheimer's, but it is garden-variety cardiac risk factors that tend to result in those genes being expressed as the condition itself.
Studies associate dementia with high blood pressure and dyslipidemia (high levels of the "bad" cholesterol variants). In particular, there appears to be a strong association between Alzheimer's and insulin resistance, a state associated with obesity and diabetes risk. Some experts have argued this link is so strong that Alzheimer's should be considered "type 3 diabetes."
3. Move the body, take the mind along.
Since Alzheimer's and related dementia's have much in common with cardiovascular disease, we have long had cause to believe that physical activity was protective. We have more cause now.
Hot off the presses is a study in the journal Stroke, indicating that routine physical activity protects brain function, prevents dementia, and preserves functional independent in older adults.
The study, followed over 600 adults in countries throughout Europe. Cognitive function was assessed along with lifestyle factors, including physical activity level. MRI scans were used to evaluate brain status directly. The punch line is that routine physical activity was associated with a reduction in the risk of dementia of any kind by about half. The effects were robust and independent of age and education, along with a number of other factors.
So, while mental calisthenics may protect the brain, conventional calisthenics almost certainly do. Exercise is a mind game.
Study after study after study after study that has shown an elimination of up to 80 percent of all chronic disease with the application of lifestyle as medicine has not carved out an exception for Alzheimer's. The evidence that we can alter gene expression with the power of lifestyle almost certainly pertains to Alzheimer's as it does to cancer. By minding our bodies, we can mind our minds too. We can best mind both by minding the short list of what matters most to health.
There is some evidence to support what most of us have heard about "brain foods." Fish consumption appears to protect brain function, most likely by contributing omega-3 fatty acids to the diet. An omega-3 oil supplement, 1 to 2 grams daily, is an alternative. Antioxidants in food appear to be protective as well, contributing to the reputations of blueberries, red wine, and green tea. But while an inventory of potential brain foods can be assembled, the evidence is much stronger for the importance of the overall dietary pattern.
Similarly, exercising the brain may be a good idea. But the preservation of good ideas may owe as much or more to exercising the body.
Alzheimer's remains scary. But we all have far more potential to prevent it than most of us exercise—by exercising, among other things. So take your head in your hands, and get in the game. Because it turns out that health promotion is a mind game too. 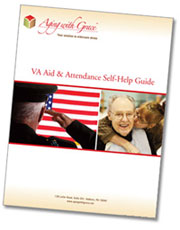